There are a number of important advantages that comes from centralizing your forces and aiming to control central squares. The advantages of centralization are sometimes obvious, but not always. The list below will help you understand why center-control is such an important objective:

To start with a simple illustration, it is clear that a knight in the center controls more squares than it would on the side of the board. 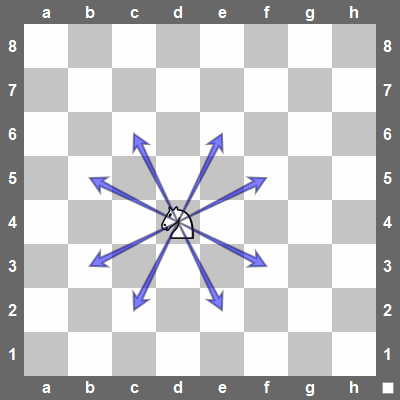 When you consider the advantages of controlling the center you will understand why it makes an important contribution to your control of the position as a whole. Ideally you want to treat the central squares as targets in order to gain control of them.

Is a piece on the side of the board always bad?

Not always. There are exceptions.

It is quite possible for a piece to be on the side of the board but still fulfill a very useful role. 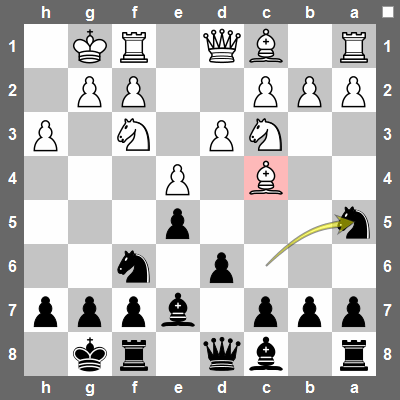 However, let me remind you that you should at this stage be more concerned about understanding the truth of the objectives rather than trying to find the exceptions. In any case, most of the time it is best to aim for the main objectives even in cases where there seems to be an exception! If the exception is clear to you – do it, but if there is any doubt trust the main objectives.

The purpose of the lessons on the center-control objective is to give you a deeper understanding of the importance of the center and to illustrate why centralizing your forces is such an important objective.

Now we will study the advantages of center-control in more detail.

The centralized bishop in the example below controls more squares (13 squares) than the bishop on the side of the board (7 squares).

Why it is important to control more squares

You will remember from the introductory lessons that chess is a fight for control. One of the main ways to get control is to force your opponent’s pieces into defensive positions.

Strong players aim to accumulate small advantages to the point where their opponent cannot defend against all the threats anymore. Controlling more squares is an important part of this strategy since a piece that controls more squares can naturally also attack more targets. Adding pressure by attacking targets forces your opponent’s pieces into defensive positions and it would be ideal if one of your pieces can hold two enemy pieces down in defensive roles (as the example below illustrates).

The 2nd advantage of a centralized piece is that it is flexible enough to quickly change its role. Go through the moves in the example below to see how white attacks on one side of the board and then quickly switches direction to attack on the other side: 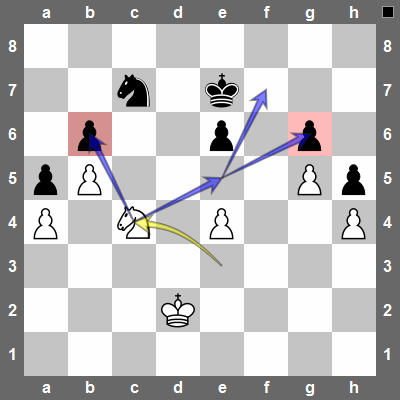 This example illustrates how a centralized piece can quickly change its role from attacking on one side of the board to the other side.

If your opponent’s pieces aren’t similarly centralized they will not be able to keep up with the speed at which your pieces change their direction – which can give you the opportunity to suddenly create a local majority of force in a different area of the board.

3. Centralized pieces can attack both sides at the same time

The possibility of attacking both sides of the board at the same time is the 3rd advantage of a centralized piece. In the example below the white bishop ties two enemy pieces to defensive roles. 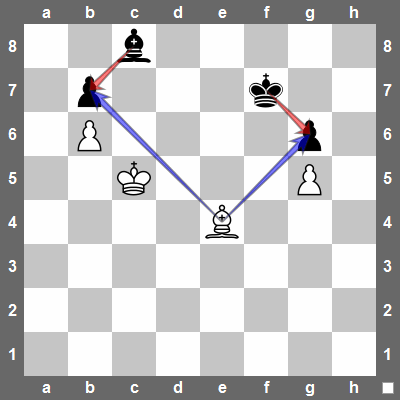 Be4 ties down two black pieces in defense. This gives white an “extra-piece” in the sense that his king is free to go to c7 and win the b7-pawn by force.

Note specifically that the black king must stay on the f7/g7 squares to protect the g6-pawn. Similarly the black bishop must stay on c8 or else the b7-pawn will be lost.

4. Centralized pieces can attack and defend at the same time

This example shows that a centralized piece can attack enemy territory and defend your own territory at the same time: 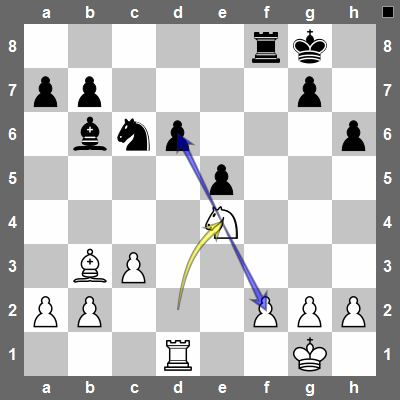 In the lessons about the development objective we learned that a piece can have various roles. In order to use your pieces to their full potential it is ideal when they can perform multiple roles as in this example.

Centralizing a piece increases its possibilities to perform multiple roles.

Centralized pieces can restrict the moves of enemy pieces 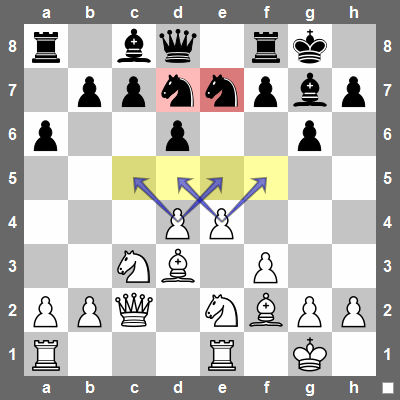 The above example shows how useful central pawns are at increasing your overall control in the center. Note specifically how the white central pawns restrict the movements of black’s knights. Pawns are very effective at keeping enemy pieces away from important squares.

A special case of domination

Here is a special example that illustrates how a centralized bishop can dominate a knight on the side of the board: 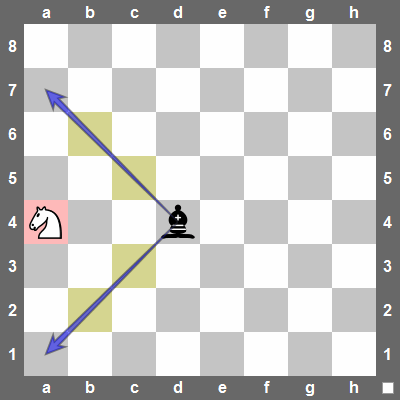 This is idea can be particularly useful in endgames that feature a bishop vs knight.

Next Lesson – 5 Ways to increase your control over the centre

Previous Lesson – How to measure center-control in chess

Back To Main Chess Course Index